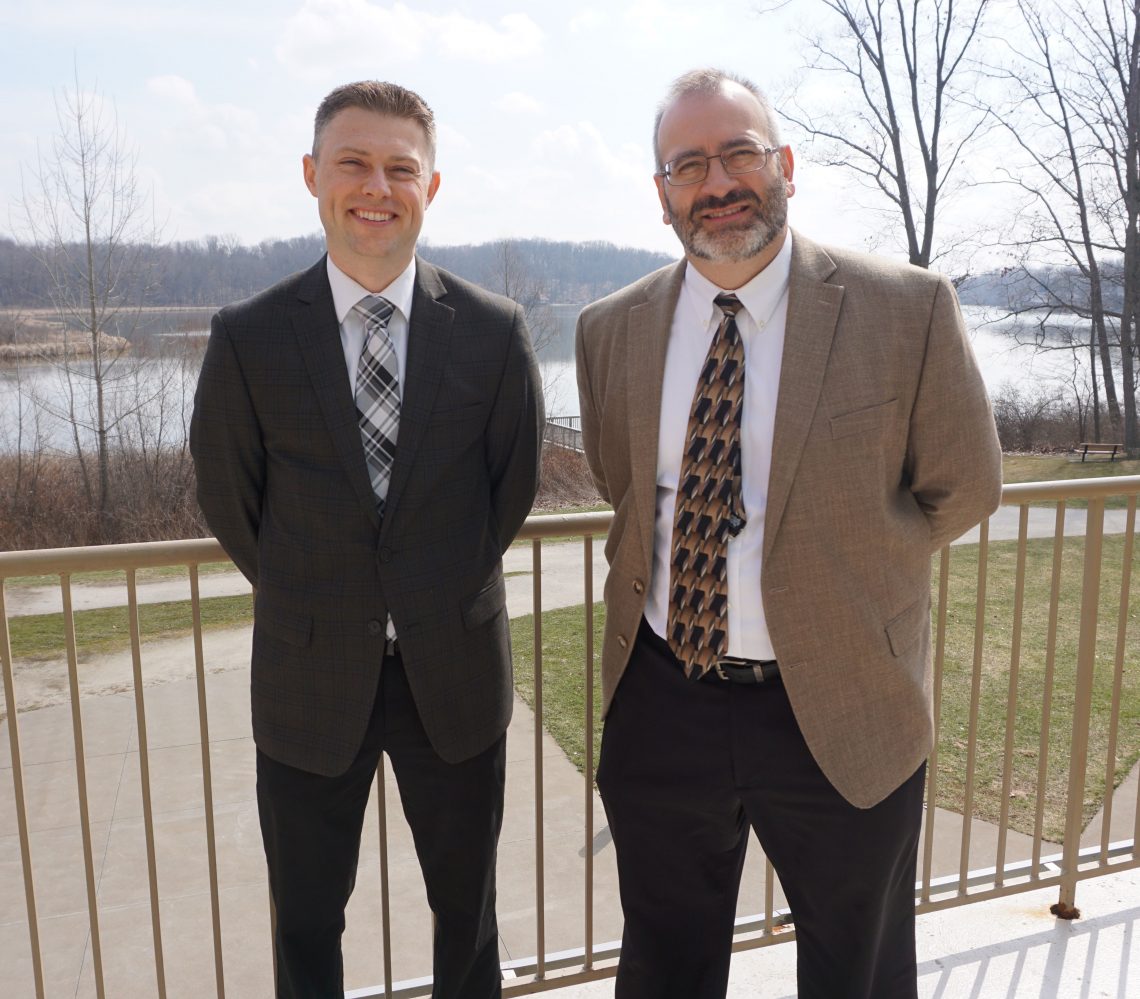 “We are thrilled today to announce the leadership team that we believe will secure an incredible future for Stark Parks and will build on the legacy of service to the residents of Stark County,” said Denise Freeland, Chair of the Stark County Board of Park Commissioners.

Moeglin has served as Canton’s City Engineer since 2005. In that role, he has had hands-on experience in park planning projects and has served on the Natural Resources Assistance Council where he is currently Vice Chairman. “Dan is a well-respected leader who understands government financing and has great experience in making parks better. He is a team builder and an experienced administrator,” Freeland said.

Gordon currently serves as Director of Special Projects for the Stark County Library, but spent almost five years as Canton’s Parks and Recreation Director.  Gordon led a revitalized parks department during his time there. “Derek brings passion for parks and recreation and experience in the field. His experience in marketing and parks programming will be important as this park district moves forward,” Freeland said.

“Both of these exceptional leaders are passionate about Stark County and have demonstrated a real desire to serve our residents and our outstanding staff,” Freeland added. “They know all of the players here in Stark County and will be able to really hit the ground running.”

“I’m thrilled to be the new leader of Stark Parks. This organization is a major driver of quality of life in our county and I am excited to hear from our staff and residents about how they view the future of the district,” Moeglin said. “I am also so excited that Derek is coming on board as well. We had a great working relationship at the city, and I look forward to building on that.”

“I love Stark County and I love the park district,” Gordon said. “This is an amazing opportunity to build on the strong legacy that Stark Parks has created. I know how much our residents value Stark Parks and I look forward to working to continue to make a positive impact on their lives. Dan is a great leader and I am so excited to be a part of his team.”

Moeglin and Gordon will begin their service on Stark Parks on April 4.

For nearly 30 years, Dan Moeglin, P.E. has been a noteworthy leader in northeast Ohio’s engineering and infrastructure community. Prior to accepting the position as the Executive Director for the Stark County Park District, Dan was privileged to serve as the Canton City Engineer for 17 years. Before that, he worked at the state and county government levels and has experience in planning, engineering, administration, operation, and maintenance of public works/services.  His favorite projects include park development, ecological restoration, recreation, active transportation, flood plain preservation, and overall environmental stewardship.

Dan has been honored with multiple project awards including a recent proclamation from the Ohio House of Representatives for his distinguished career and advocacy for Tree City-Canton. One of Dan’s passions is ensuring access to all public facilities for people of all abilities and backgrounds and he was recognized by the Paralyzed Veterans of America with a Buckeye Award for his efforts in February 2022. His professional mantra is “Projects don’t make you successful, people make you successful.”

Dan was born and raised in Stark County and graduated from Michigan State University with his B.S. degrees in Civil Engineering and Building Construction Management. He resides in Canton with his wife of 26 years, Dawn and they have three grown children, Joe, Anna, and Catherine. Their family enjoys spending time outdoors at their hobby farm where they grow Christmas trees and make maple syrup.

Derek is a lifelong resident of Stark County.  He graduated from the University of Mount Union and holds a Masters Degree in Public Administration from Kent State University.  Prior to accepting the Deputy Director role at Stark Parks, Derek served as Director of Special Projects and Security at Stark Library.  In addition to overseeing the construction of the new Jackson Township branch and renovating three Stark Library branches, he also managed the Library’s security responsibilities.  Before coming to the Library, he worked for the City of Canton for ten years, spending five of those years as Director of the Canton Park Commission.  He led three separate municipal park levy campaigns and managed the merge of the Canton Park Commission and the Canton Joint Recreation District.  Derek lives in Canton with his wife and two sons.