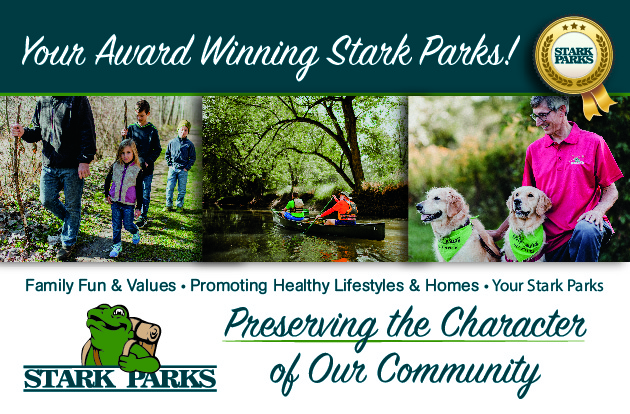 On December 4, 2019, the Stark County Park District Board of Park Commissioners voted to place a 1 mill renewal levy on the ballot in the March 2020 election (now being held June 2, 2020). Funding will allow the Stark Parks to continue operations and maintain existing parks, trails, and facilities.

The 1 mill renewal (Issue #20) would run for 8 years, commencing in 2020 and means no new taxes for Stark County residents. This renewal ensures that for the same amount homeowners have been paying, Stark Parks will continue to preserve the character of our community by safeguarding natural areas, offering family fun, and encouraging public health and safety. With voter approval, Stark County residents can expect ongoing preservation and management of natural areas, and service to the community through recreation and education. If Issue #20 does not pass, Stark Parks will be forced to close parks immediately, including marinas, wildlife rehabilitation services, and trails with all parks closed by the end of 2020.

Since its beginnings, Stark Parks has existed to preserve the loss of open space. This preservation has allowed for the protection of the county’s natural resources, including valuable wildlife habitat, as well as offered affordable and safe recreational opportunities for its citizens including hiking, biking, fishing, boating, and hunting.

Get Involved with Your Stark Parks

How is Stark Parks Funded? 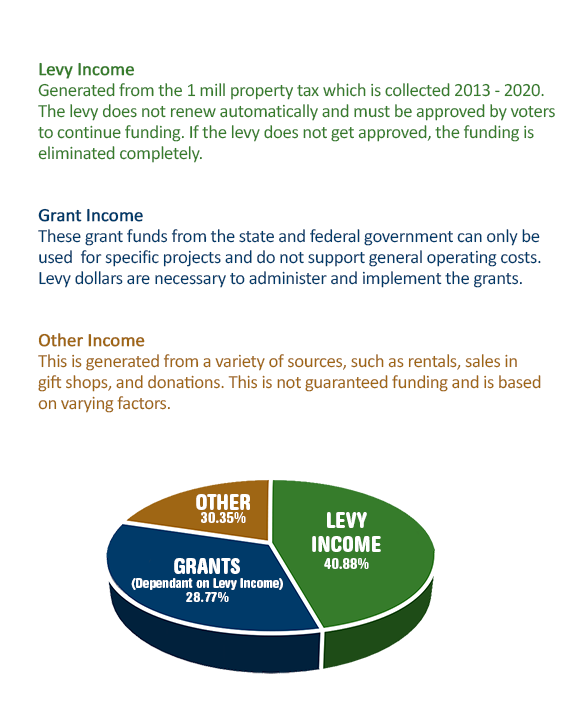 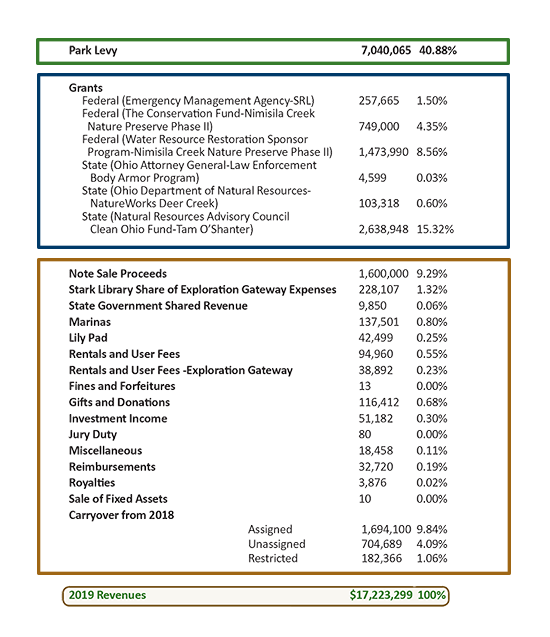 Yes.  Issue #20 is not a new tax.  The renewal levy will allow for maintenance of current parks and trails and future sustainability.  Stark Parks preserves the character of our community by providing nature and wildlife programs for all ages, hunting and fishing habitats, and areas for hiking, biking, and horseback riding.

#3. WHY ARE FARMERS SAYING YOU TOOK THEIR LAND?

This is not true.  This misconception originated from a dispute over a strip of property legally purchased by Stark Parks, not eminent domain.

#4. IS STARK PARKS ACTIVELY PURCHASING FARMLAND OR PORTIONS OF FARMS?

#5. WHY DO PARKS HAVE EMINENT DOMAIN?

This is an authority granted to Park Districts under Ohio Revised Code. It allows Park Districts the ability to preserve valuable open space in the face of development projects including roadways or other public works projects.

#6. IF MY HOUSE OR LAND IS ALONG A PLANNED TRAIL IN THE MASTER PLAN, WILL YOU TAKE MY LAND?

No.  The master plan is a concept plan which originally set out to connect destinations and locations the public wanted hiking and biking access to.  Due to concerns how proposed future routes have been displayed, there is a proposal being evaluated by the Park Board of Commissioners with these routes removed from the map.  We will only work with willing sellers to make these connections in the future.

#7. WHY DID THE DIRECTOR SPEAK OUT AGAINST HB 288, IF YOU DON’T USE EMINENT DOMAIN?

The Park Director responded to incorrect claims that Stark Parks was taking property by eminent domain.  That was not happening and his testimony was to set the record straight.

#8. WHAT IS YOUR PLAN FOR SUSTAINING TRAILS AND PARKS?

A budget is projected for 8-10 years depending on the current levy term.  This ensures the parks have the ability to maintain current operating expenses and properly maintain parks and trails.  Issue #20 will focus on maintaining existing trails and parks.

#9. HOW ARE YOU ADDRESSING THE NEEDS OF AN AGING POPULATION?

Parks and Trails are built to be accessible to all ages including senior populations.  Adult programs and events like concerts in parks, pontoon boat rides for retirement homes, and outreach where staff and volunteers attend and present at senior health and wellness fairs also exist.

#10. HOW WAS TAM O’SHANTER PARK PURCHASED?

When the opportunity to acquire green space in Jackson Township arose, Stark Parks put a grant package together to accomplish the purchase.  75% of the funds used to purchase and restore the property were state tax dollars that came back to Stark County.

The Public Safety Department has an outstanding record of maintaining safe trails. This is accomplished by the frequency of their patrol and their ability to enforce the law.

#12. WHO WOULD TAKE OVER PARK LANDS IF PARKS AND TRAILS WERE FORCED TO CLOSE IN 2020?

The overall care of these properties would likely decline since these individual owners do not have the resources to spend on maintenance, care and improvements to the parks and trails.

#13. ARE THERE OTHER FUNDS TO KEEP THE PARKS OPEN?

Stark Parks is not subsidized like a state or city park, which may be taken from a general fund.  County parks are supported almost completely from tax revenue.  Additional funds, like grants, cannot be generated without matching funds – which come from the levy. If Issue 20 fails, the park district will cease services and begin to close parks and trails to be fiscally responsible.  Loans must be paid back and the unemployment process also begins, exhausting most of the remaining 2020 budget.  The park district will have one final opportunity to attempt the passage of a levy in November. If the issue still doesn’t pass, the park district will not have any funds and will permanently close at the end of 2020.

×
New Date and Time for March 2020 Board Meeting
×
New Meeting Date: Thursday March 5, at 6 p.m.
Location: Exploration Gateway-Sippo Lake Park North 5712 12th St. NW, Canton 44708
COVID-19 Updates
×
Parks and trails continue to remain open for people (and pets) to use and enjoy. Rangers will continue patrols and operations crews will service the trash cans in compliance with the health order. For our patron’s safety Stark Parks has added additional closures. The complete list includes: • Public Buildings • Shelters • Restrooms, including porta johns • Playgrounds • Eagle Observation Deck at Walborn Reservoir (observation is allowed with personal equipment and no more than 2 people on the deck at a time)

Be courteous and safe. Continue physical distancing. Stay home if you don’t feel well and continue to wash hands frequently and thoroughly.

All parks and trails remain open at this time. Playgrounds and restroom facilities are closed. Park Rangers continue standard patrols and can be reached at 330-353-2377. Stark Parks will continue to follow guidance provided by all federal, state and local health authorities.

At this time, we have temporarily suspended public programs through April 12. Registration fees for programs scheduled between these dates will be refunded.

All public buildings and facilities are closed through Sun., April 12, including Administration Offices, Exploration Gateway, the Wildlife Conservation Center, Quail Hollow Park (Manor House and Nature Center), and all reservable shelters. Reservations scheduled between now and April 12 will be offered an opportunity to reschedule or receive a refund. No fees will be taken for new reservations, but we will put temporary holds on facilities for dates after April 12.

For general information, please call (330) 477-3552. Continue to check this page for the most up-to-date information, or follow us at Facebook.com/starkparks.

Read More
Eagle Observation Open with Restrictions
×
No group viewing at this time, but you are permitted to view with your OWN equipment.

A maximum of 2 people on the deck at any time.