Parks and recreational trails across Stark County provide many unique bird watching opportunities. Stark Parks leads a variety of bird identification workshops and hikes throughout the year. The Canton Audubon Society meets monthly at the Exploration Gateway and coordinates trips and special interest programs during the year.  Their members including Connie Rubin, Mary Hultman, and Byron Berger have provided much of the content below.

The Ohio & Erie Canal Towpath Trail in Stark County features a variety of birding habitats along the 26 miles stretching from the Summit and Stark county border south to Rt. 212, nearly to Tuscarawas County. The section of the Towpath north of the Lake Lucerne Trailhead, (north of Canal Fulton on Erie Ave), north of Canal Fulton on Erie Ave, offers great vantage points for spotting warblers and wading birds in wetland areas between the trail and Tuscarawas River during the spring season. The river is a natural flyway providing an ideal opportunity for viewing migratory waterfowl in the spring and fall.
Birders traveling about one mile north or south of the Butterbridge Trailhead near dusk or on a cloudy day have a good chance of seeing and hearing Barred Owl activity. Just south of the Lake Ave. Trailhead, along the levee separating Rt. 21 and the Tuscarawas River, expect to see grassland birds like Meadowlarks and larger migratory waterfowl taking refuge on the river.

It’s worth a trip to see the eagle nest at Walborn Reservoir in Alliance. The nesting activity begins in March when the ice on the reservoir melts away and the eagles are once again able to catch fish, their favorite food. A small observation platform and parking area, located at 13600 Marlboro Ave., Alliance 44601 is a superb location to see the nest. Look for the small Eagle Observation Area sign on the east side of the road at the end of a gravel driveway.  Wildlife volunteers are frequently at the site with spotting scopes and eagle knowledge and willingly to share.

A short drive east from the Canalway in Massillon to the Chase Bank building in downtown Canton will offer the opportunity to catch a glimpse of a nesting pair of Peregrine Falcons and their fledglings. The Ohio Department of Natural Resources Division of Wildlife has maintained and monitored a nesting box on top of the building for several years to help reintroduce Peregrines to the area. The adults may also be observed hunting in the Canton City Parks near the McKinley Monument.

Fry Family Park should be included in any Stark County Big Day birding trip. With a variety of habitats such as grasslands, woodlands, and wetlands, there is a high bird species diversity. The open areas of the grasslands are good for observing flyovers of Great Blue Herons, Turkey Vultures and various raptor species.  The Shelter Trail, located near the picnic pavilion, is good for such bird species such as the Bobolink, Cuckoos, Willow Flycatcher, Eastern Meadowlark, Northern Mockingbird, Brown Thrasher, Gray Catbird, as well as a few warblers and some sparrows. Another notable birding area is the Lake Trail- near the junction to the barn, the barn area and the pond.

Fry Family Park is excellent for observing sparrows. Sparrows can often be an enigma birders. They flush easily, fly quickly, land, and then are deep in the cover again before one can see enough key identification marks.

It is recommended to concentrate on learning which sparrows to expect in each habitat, as well as their corresponding songs. Sparrows often seen along the Shelter Trail include the House Sparrow, Chipping Sparrow, Song Sparrow, Field Sparrow, Henslow’s Sparrow, and Grasshopper Sparrow. The first three have loud and/or extensive songs. The male House Sparrow (non-native) has a dark throat, the Song Sparrow has breast streaks with a central stickpin and rounded tail, and the Chipping Sparrow is plain-breasted with a bright rufous cap.

These three are more challenging.  Focus on the insect-like call of the Henslow’s Sparrow and the Grasshopper Sparrow and the bouncing ball-like song of the Field Sparrow.  Henslow’s and Grasshopper have a somewhat elongated bill, a flattened head with a stripe, and a short spikey tail. Other field marks on the Henslow’s Sparrow include streaks on the upper breast and a tint of olive color on the head. The Grasshopper Sparrow has an orange-yellow spot near the eye and yellow near the shoulder.

1. Be courteous, birds are found by ear as much as sight. Keep noise to a minimum when birding in a group and while others are birding nearby.

2. Respect the birds by keeping a comfortable distance for the bird.

3. Minimize the use of bird calls in the field, particularly during breeding seasons.

4. Respect the law and the rights of others.

1. Invest in a good set of binoculars.

2. Get a good field guide – either digital or hard copy for referencing to identify birds and their behaviors.

3. Join a local birding club – such as a local Audubon chapter.

4. Start simple, learn birds in your own backyard and at your feeders. 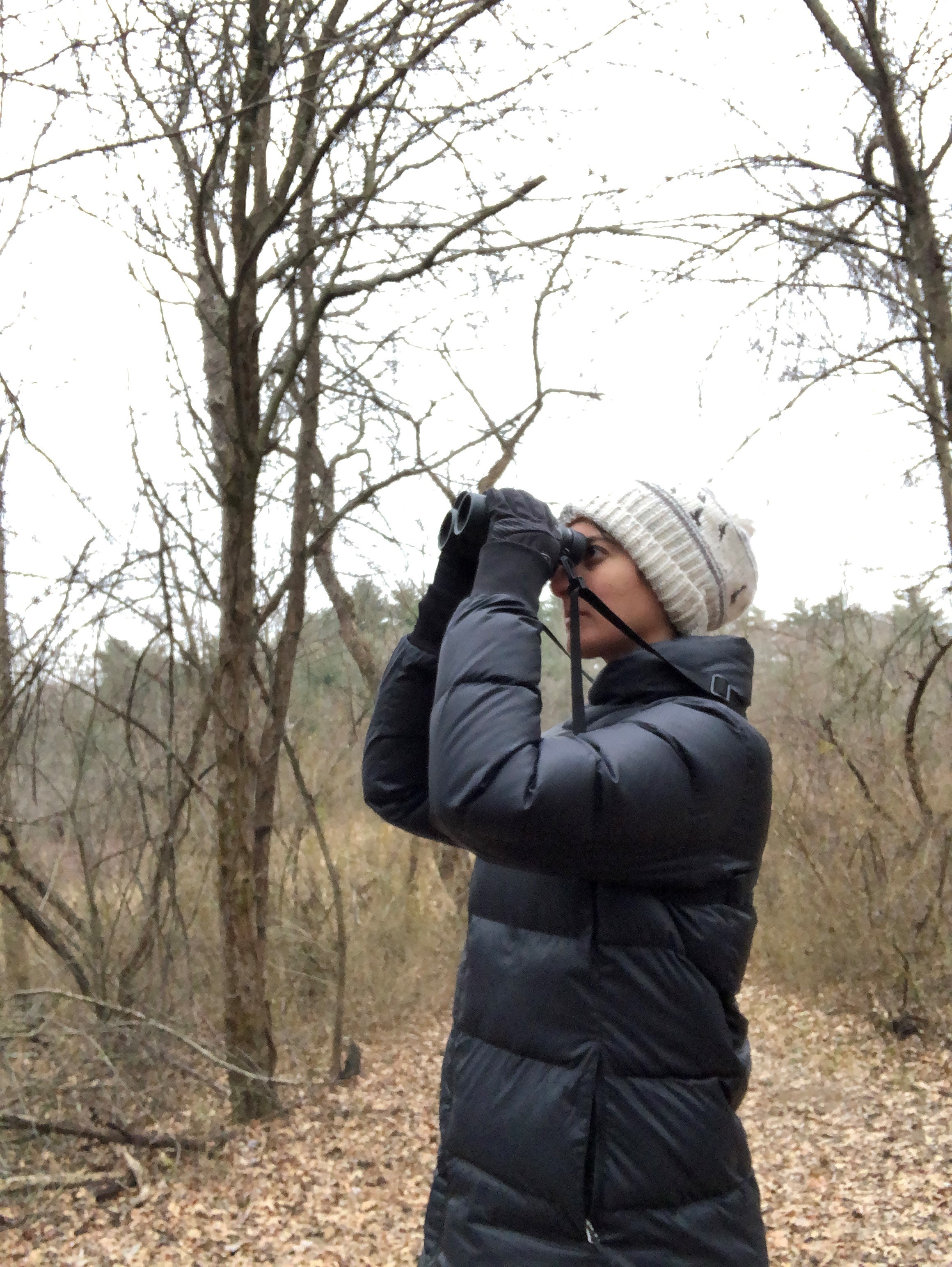 Common Birds at Parks and Trails 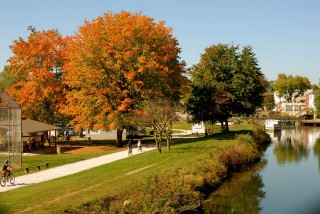 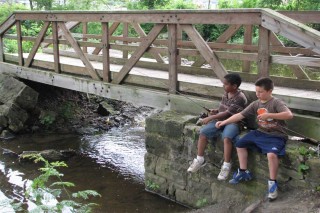 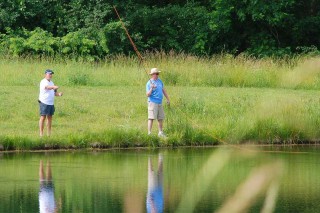 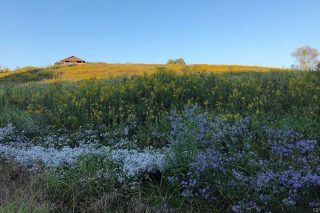 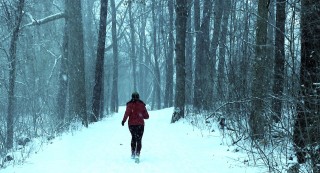 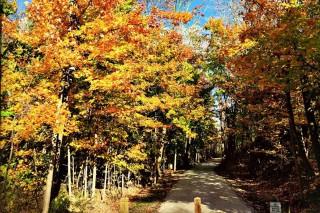 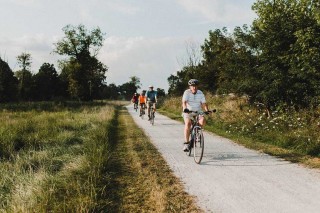 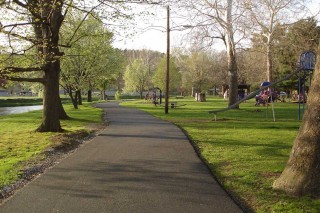 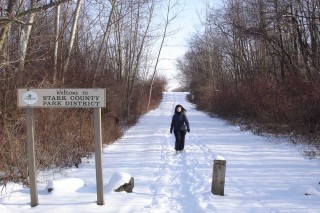 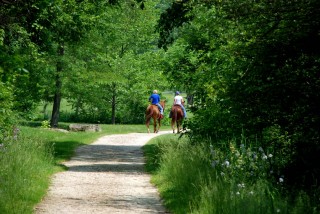 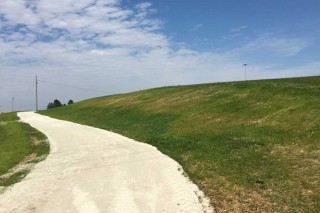 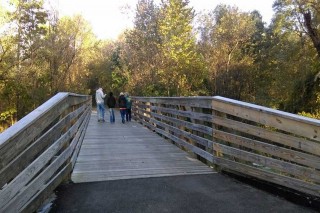 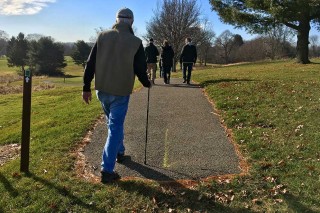 ×
×
New Shelter and Program Reservation System
A new online system for program registration and shelter reservations on this site was launched on Oct. 3, 2022.