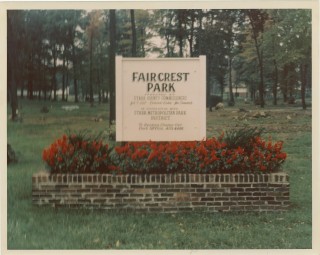 The year was 1967. Although Ohio’s Department of Natural Resources had been established 18 years before in 1949, it was three years before the establishment of the federal Environmental Protection Agency (EPA) and celebration of the first Earth Day in 1970. It would be another two years before oil and debris in the Cuyahoga River burned, helping awaken a nationwide concern for the environment. The Stark Metropolitan Park District was established on February 17, 1967 by Probate Judge Reuben Z. Wise, Jr. A year and a half later, the first Park Commission, including Paul Mitchell, William Steffy, and Joseph Sommer, took over operational and maintenance jurisdiction of two parks. The first years were not easy, and consistent public support was difficult to gain for a few decades. The Stark Metropolitan Park District came from truly humble beginnings, as community volunteers, generous donations, grants – and even recycling scrap metal for money – became the way in which the park gates stayed open.

A decade after the establishment of the Stark Metropolitan Park District, Richard Fry became the first director in 1977. In that same year, a Federal Community Development Block Grant (CDBG) provided the $300,000 for the purchase of Sippo Lake and 100 surrounding acres in Perry Township, including the Clubhouse with a 2-room apartment, which still serves as the Park District’s main administrative offices today. 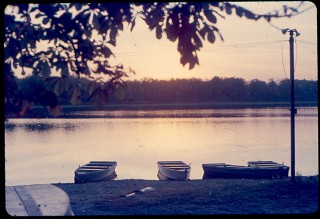 The Dredging of Sippo Lake Park: In the early 1990s, Sippo Lake became so overgrown with vegetation that almost 80% of the lake was covered, and it had become impossible to take a boat safely out on the water. A professional engineer was called to Stark Parks to oversee the design, planning, and execution of the dredging of the 99-acre lake. Twenty interested local and state 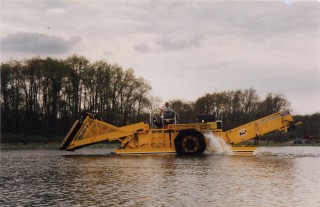 agencies contributed ideas about how the process would be carried out, and returned with twenty-one potential solutions. When the bids came back for the project cost, they were double what the district could afford. The engineering consultant searched nationally for solutions, and found a grant from the Environmental Protection Agency (EPA) to help fund the park project. As the most environmentally sustainable process was sought, Stark Parks found a method of dredging using hydrocarbons that acted as a coagulant which separated naturally from the water, making the water that remained clean, and therefore able to be returned to the lake. The residual sediment, which was highly organic, was transported to the other side of the lake (off of Genoa Ave.) and was used to create wetlands, which to this day are ecologically sufficient. Stark Parks was the first organization in the country to use this process, and was recognized in 2010 by the Ohio Lake Management Association with the award for “Innovation in Lake Management.” The aforementioned engineer was Robert Fonte, who would go on to be the Stark County Park District’s second and current Park Director.

New Faces: In 1994, Robert Fonte became the acting park administrator. On June 1, 1995, he was named the full-time Park Director. The Stark County Park District also received a new face in the 1990s when FeLeap, a hiking frog, was adopted as the park district’s mascot in 1996. Well-known graphic artist Richard A. Thompson of Canton created the hiking-frog logo. At just ten-years-old, Amanda Criss of Canton named the green amphibian at a contest held during the 1996 Stark County Fair. Out of 1,200 submissions, Criss received a savings bond and apparel featuring FeLeap from the Friends of Stark Parks.

Countywide Development: The Stark County Trail and Greenway Plan was adopted in 1999 to connect people, places, and communities with 300 miles of interconnected, recreational trails. With 36 county subdivisions, Fonte was able to garner support and raise half of the project’s cost on his own. In 1999, the Stark County Trail and Greenway Plan won the Award of Merit for Design at the American Society of Landscape Architects’ centennial meeting. This plan is what drives the development of Stark Parks green space and trail expansion today. 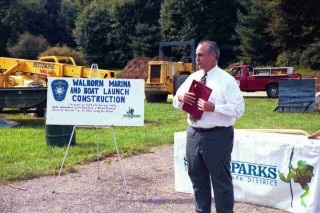 In July of 1999, the Stark Parks website was created, allowing for better connectivity of county residents. The website won the Marketing Website Award from the Ohio Parks and Recreation Association in 2000.

Park Additions:   The designation of the Ohio & Erie Canal as a National Heritage Corridor (1996) led to the many openings and extensions of the Towpath Trail in Stark County, including the trail from Lock 4 Park to Butterbridge Rd. south to Towpath Court (1998), as well as the signing of a lease with the City of Alliance that allowed for the operation of recreational facilities at Deer Creek and Walborn Reservoirs (1998).

Ways to Get Involved: Not only were there many new areas and ways to enjoy the parks, but more volunteer opportunities for individuals became available as well. With the creation of the Trailblazer program in 1998, people could get involved in a whole new variety of ways.

Pivotal Partnerships: The partnership formed with the Stark County District Library was undoubtedly a defining connection in Stark Parks history – a significant relationship that began with a friendly conversation at a Chamber networking event. Stark Parks was in need of a new Education Center, and had preliminary plans at Sippo Lake Park in Perry Township. The Stark County District Library also had a need for a permanent branch in Perry Township, so the idea of two public agencies working together to accomplish both needs in one building in Perry Township was born. The conversation between Park Director Bob Fonte and a Library Board Member ignited the idea of joining resources and opening a joint building between the two community groups. In June of 2007, the structure in Perry Township opened on the north edge of the park. The building has become a center of nature, culture, and life-long learning. The partnership between Stark Parks and the Library was the first of its kind in the country, serving the community with numerous recreational and educational opportunities.

The Exploration Gateway was not the only significant partnership that was cultivated during this time. Stark Parks continued expansion with the dedication of the Lake Ave. Trailhead along the Ohio and Erie National Heritage Canalway in Massillon, featuring Ernie’s Bike Shop, the Blue Heron Deli, and the Towpath Creamery. This collaboration allowed for the shar 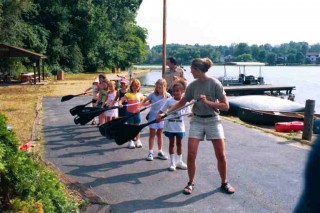 ed use of resources, and most importantly, more opportunities for county residents to take advantage of the Towpath Trail and Canal.

Park Additions: With the turn of the century came rapid growth. Stark Parks connected more communities with the dedication of the John Glenn Grove Trailhead (2000, Navarre), Crystal Springs Trailhead (2002, Jackson Twp.), the David A. Fichtner Outdoor Education Center (2001, Hartville), the Walborn Reservoir Marina (2001, Alliance), and the Hoover Park Connector Trail (2002, North Canton). Additionally, Magnolia Flouring Mills was purchased by the Park District in 2005. Built in 1834, the building was placed on the National Register of Historic Places in 2000. In 2003, the final three miles of the Stark County portion of the Towpath Trail were completed and opened in Bethlehem Township. The well-loved trail was renamed The Congressman Ralph Regula Towpath Trail in honor of the local Congressman who spearheaded its preservation and restoration.

Later in the decade, Stark County Commissioners agreed to sell the 42-acre Molly Stark Hospital to Stark Parks for $1 for
development into a park (2008). In January 2016, Stark Parks began management of Quail Hollow Park in Hartville. Being one of the largest parks in the county, Quail Hollow totals 701 acres with over 13 miles of hiking, equestrian, and mountain bike trails. 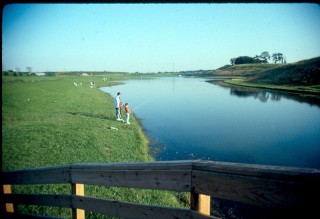 Children who had grown up with FeLeap and attended park events were now coming to some of those same parks and events with their children.

With the ongoing development and evolution of the district, the Park Board increased to five members, becoming the first in the state of Ohio to do so. 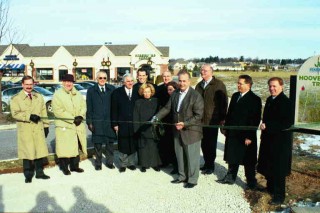 In 2012, Stark Parks created a walking club with the hopes it would encourage a few new individuals to get out and explore county trails. Members chose a 10,000 mile club goal for 2012. By June 29, the Hike-a-Hundred club surpassed its goal and exceeded all expectations. In November of 2012, the Hike-a-Hundred club received the Ohio Parks and Recreation Association (OPRA) 2nd place award in the Health and Fitness Category. Most recently, the club once again exceeded their goal of 45,000 miles hiked in one year on Stark Parks trails. 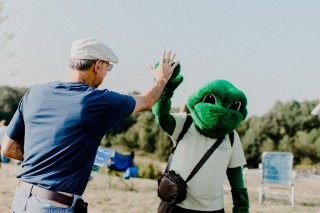 When Robert Fonte began his tenure, he made an observation about bicycles and bike racks on the back of cars. He noted that every time he saw a vehicle loaded up with biking equipment, it was leaving Stark County to find trails elsewhere. Today, this is far from the case. With trails extending and connecting all over the county, those same cars that were once departing are staying right here in Stark. “The core of our mission is to serve the community,” Fonte remarks. “That is our constant. While we preserve land, manage parks, and connect trails, we do it all for you – the community. We are continuously working toward offering an environment which people feel safe and connected.”

Today, Stark Parks proudly manages 15 parks, 4 lakes, and over 120 miles of hiking, biking, and equestrian trails, totaling nearly 6,800 acres of land.  Stark Parks prides itself on over 55 years of innovation, creativity, and serving the Stark County community with the best parks, trails, and resources available. From the modest beginnings to the recent times of rapid growth, the goal remains to offer places and opportunities for you to enjoy and get your park on.