Our Mission:  Stark Parks mission is to preserve, manage, and connect natural areas to serve the community through recreation, conservation and education.

Our Vision:  Stark Parks will be recognized as an essential community asset.

6. Respect for Each Other 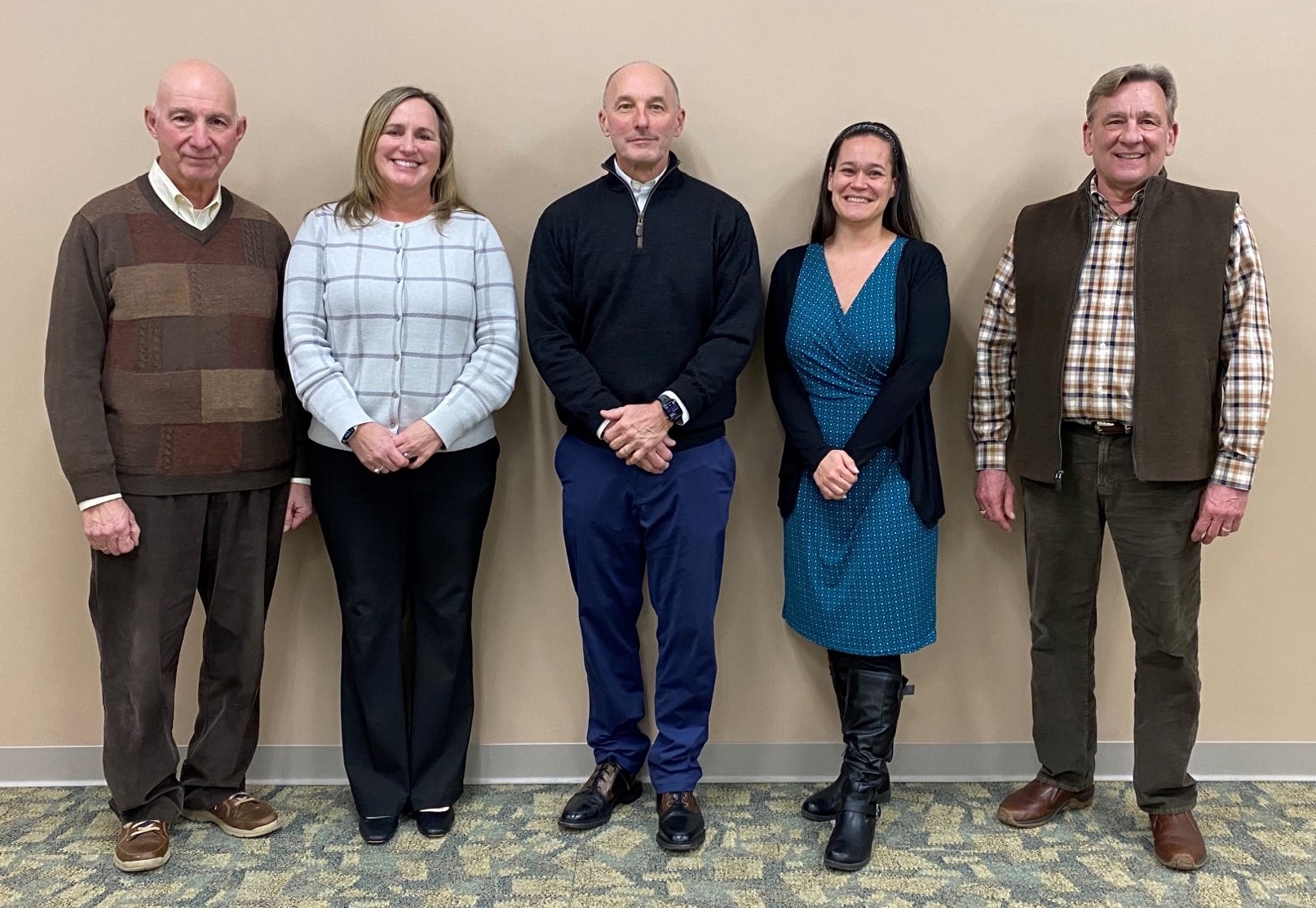 The Stark County Park District is an independent political subdivision created and governed by Section 1545 of the Ohio Revised Code. A volunteer five-member Park Commission is appointed by the Probate Court and governs the Park District.

Members of the Park Commission are very interested in your thoughts and comments, and invite members of the public to the monthly meetings. 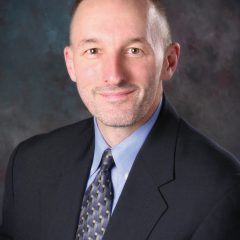 Bill is active in his local community, having recently completed serving his fourth term as president of the board of Goodwill Industries of Greater Cleveland and East Central Ohio, with more than 29 years in total on that board. A life long resident of the area, Bill is an avid golfer and an outdoorsman who enjoys hunting, fishing, exercising and all activities associated with his farm in Navarre.

Bill holds bachelor's and master's degrees in business administration from Kent State University. He completed the Executive Development for Global Excellence (EDGE) program at the University of Virginia's Darden School of Business.

Susan is a life-long resident of Stark County graduating from Minerva High School and Mount Union College.  She went on to earn a Juris Doctor degree at Capital University Law School and has practiced law at Clark, Clark, & Chaddock in Minerva since 1997.  Susan has served on the boards of several non-profit organizations including the Minerva Chamber of Commerce-Past President, Minerva Education Foundation-Treasurer, Minerva Mission charity and past board member of the local YMCA.

She and her husband, Joe, live in Paris Twp. on a 19-acre gentleman's farm with chickens and pigs.  Their four grown children were very involved in 4-H and leading to a family effort to volunteer at the Stark County and Ohio State Fairs.  They enjoy regular visits to Stark Parks locations.

Katie is a Professor of Mathematics and the Coordinator of General Education at the University of Akron where she has taught since 2007. Her research interests include the transition experience of first-generation students to college and on increasing diversity in science, technology, engineering and math (STEM) fields.

She has served on the board of numerous non-profit organizations including TomTod Ideas, United Way of Greater Stark County, the North Canton and Canton Jaycees, ystark! and the College Club of Canton. She also served on the Executive Board for the Ohio Section of the Mathematical Association of America in many capacities including most recently as past president and president.

Katie was born and raised in Canton, Ohio and graduated from St. Thomas Aquinas High School. She received her BS in Mechanical Engineering, MS in Mathematics and PhD in Curriculum and Instruction from the University of Akron.  She and her husband Chris have two young sons. They all enjoy walking the trails and spending time in Stark Parks. 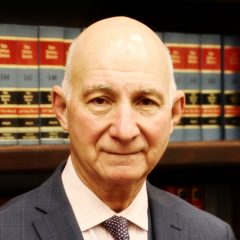 Ralph has engaged in the private practice of law in Stark County for over 45 years.  He is currently Managing Partner at the firm of Baker, Dublikar, Beck, Wiley & Mathews, where he has served since 1986.
The emphasis of Ralph’s practice is on civil litigation, probate law, and adoption law.

Ralph has also been very active in the community, having been past-President of the Stark County Bar Association in 2002-2003, as well as serving on various committees. He is a past member of the Grievance Committee and Executive Committee, and is currently Chairman of the Disputed Fee Committee. He is also a member of the Court Administration Committee, of which he is past-Chairman.

In addition, Ralph has been past-Chairman of the Board of Trustees of St. Thomas Aquinas High School, where he also served as an assistant baseball coach from 2002-2007.  He received the St. Thomas Aquinas Distinguished Service Award in 2009, as well as receiving a Lifetime Achievement Award from the Ohio Association of Civil Trial Attorneys.

Ralph is a graduate of Xavier University with a degree in Political Science, as well as the University of Cincinnati College of Law.

He and his wife Nancy are members of Christ the Servant Parish, and are the proud parents of four children and thirteen grandchildren. 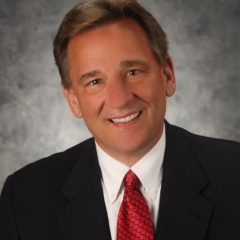 David Regula has been the Customer Service Manager for the Akron-Canton Airport since 2004, and currently serves as the Vice President of Customer Experience.  He is responsible for all customer issues and touch points throughout the terminal and roadways, as well as handling transportation issues at the facility.  His efforts have resulted in the airport receiving three World Class Customer Service Awards from the SmartBusiness Magazine.  He also maintains a broker’s license in real estate, a professional auctioneer’s license, and is the principal broker for Relocation 1 Realty.

His extensive volunteerism has included:

Mr. Regula earned a BA in Political Science from the University of Mount Union, a Management Certificate from Kent State University in 2010, and attended Dix and Eaton Crisis Communications Training in 2009.

He and his wife Jacqueline and two teenage daughters live on a 140-acre farm south of Navarre, and he maintains a herd of approximately thirty Polled Hereford cattle. 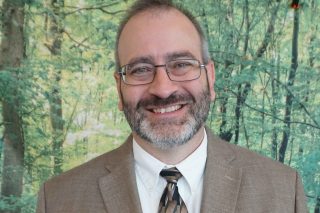 For nearly 30 years, Dan Moeglin, P.E. has been a noteworthy leader in northeast Ohio’s engineering and infrastructure community. Prior to being named as the Executive Director for the Stark County Park District in 2022, Dan was privileged to serve as the Canton City Engineer for 17 years. Before that, he worked at the state and county government levels and has experience in planning, engineering, administration, operation, and maintenance of public works/services.  His favorite projects include park development, ecological restoration, recreation, active transportation, flood plain preservation, and overall environmental stewardship.

One of Dan’s passions is ensuring access to all public facilities for people of all abilities and backgrounds and he was recognized by the Paralyzed Veterans of America with a Buckeye Award for his efforts in February 2022. His professional mantra is “Projects don’t make you successful, people make you successful.”

Dan was born and raised in Stark County and graduated from Michigan State University with his B.S. degrees in Civil Engineering and Building Construction Management. He resides in Canton with his wife, Dawn.  They have three grown children, Joe, Anna, and Catherine. Their family enjoys spending time outdoors at their hobby farm where they grow Christmas trees and make maple syrup.